Countdown to Halloween: The Corpse-Keeper 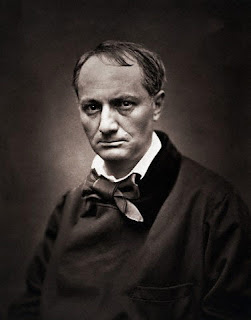 I'm not here to celebrate his literary credentials; I'm here to share with you some of his most grotesque, morbid, and horrifying poetic imagery that's just perfect for our next Countdown to Halloween. 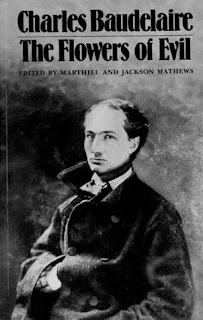 Packed tight, like hives of maggots, thickly seething,
Within our brains a host of demons surges
Deep down into our lungs at every breathing,
Death flows, an unseen river, moaning dirges.


from "To the Reader" 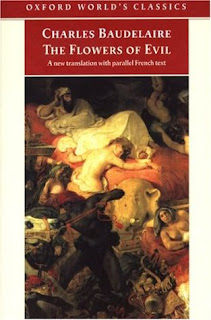 Like angels who have bestial eyes
I'll come again to your alcove
And glide in silence to your side
In shadows of the night, my love;
And I will give to my dark mate
Cold kisses, frigid as the moon,
And I'll caress you like a snake
That slides and writhes around a tomb. 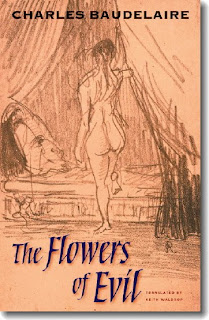 Do you come from deep heaven or do you come from hell,
O Beauty? Your eyes, infernal and divine,
Pour out both goodness and crime,
And for that you can be compared to wine...

You walk over the dead, O Beauty, and mock them.
Among your jewels, Horror is not the least charming,
And Murder, among your dearest baubles,
Dances amorously on your proud body.

from "Hymn to Beauty" Remember, my love, the object we saw
That beautiful morning in June;
By a bend in the path a carcass reclined...

Her legs were spread out like a lecherous whore,
Sweating out poisonous fumes
Who opened in slick invitational style
Her stinking and festering womb...

And the sky cast an eye on this marvelous meat
As over the flowers in bloom.
The stench was so wretched that there on the grass
You nearly nearly collapsed in a swoon...

From back in the rocks, a pitiful bitch
Eyed us with angry distaste,
Awaiting the moment to snatch from the bones
The morsel she'd dropped in her haste.

--And you, in your turn, will be rotten as this:
Horrible, filthy, undone...
Yes, such will you be, o regent of grace,
After the rites have been read...

Ah then, o my beauty, explain to the worms
Who cherish your body so fine,
That I am the keeper for corpses of love
Of the form and the essence divine!