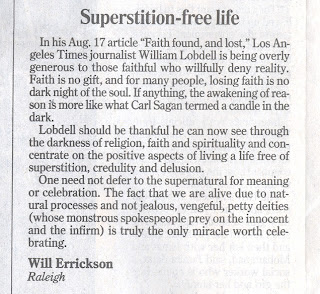 The Raleigh News and Observer printed my letter! Honestly, this was on my to-do list last year. Done and done. Except, of course, not done; indeed, only the beginning. 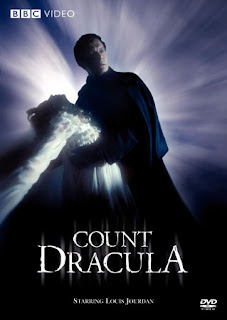 Oh, but my cup, it do runneth over; another unforeseen DVD release: the 1977 BBC miniseries, Count Dracula, starring Louis Jourdan. This is quite the prize for horror fans--for this is a movie we've been (technically) unable to see since no official US video or DVD has ever been released. Even eBay searches often turned up nothing, which is what I was doing today during a slow day at work. Then while on the movie's IMDB page, I idly clicked their DVD link, never imagining in a million years to see that, yes, it will be released this September, just in time for Christmas Halloween.

What is it about this BBC version? Apparently, in the moonlit world of people who care about this sort of thing, it seems that no other adaptation of the Mr. Stoker's venerable novel has ever come so close to capturing the vision of said Mr. Stoker. After the BBC tried again last year, with a very bloodless, odd and ultimately pointless version, I finally got ahold of Jess Franco's supposed "literary" adaptation from 1970, also titled Count Dracula. Sigh. 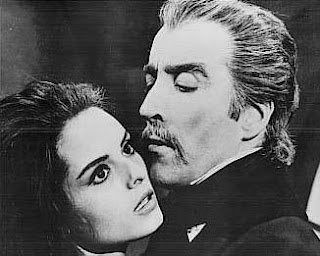 Not even the presence of the mighty Christopher Lee, the quite literally insane Klaus Kinski, or the eternally beautiful Soledad Miranda could rescue it from near-complete ineptitude. How do you make an undead Soledad Miranda unwatchable? What a special talent. At least we'll always have Vampyros Lesbos and She Killed in Ecstasy.

All these draculean failures piqued my interest more in this miniseries, and finally, my desire becomes sated. Or something to that effect. Something tells me I’ll get at least a few minutes of, um, frisson from this version… 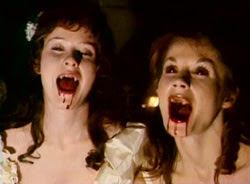 "There was a deliberate voluptuousness which was both thrilling and repulsive, and as she arched her neck she actually licked her lips like an animal, till I could see in the moonlight the moisture shining on the scarlet lips and on the red tongue as it lapped the white sharp teeth. Lower and lower went her head as the lips went below the range of my mouth and chin and seemed to fasten on my throat."
Posted by Will Errickson at 4:46 PM 3 comments:

"Go ahead, bite the Big Apple, don't mind the maggots..." 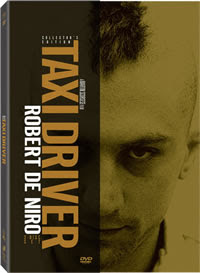 "...to live in this town you must be tough, tough, tough, tough, tough." Jagger could have been singing about Taxi Driver itself in that little Travis Bickle-esque rant. Feast your eyes upon this loverly two-disc special edition DVD that has been placed atop my must-have list posthaste. I love surprises like this--the set came out last week and I heard of it only this morning through the also-loverly Kim Morgan via her wondrous and magical Sunset Gun site. A full exploration of said DVD will be forthcoming, although of course like any sane person, I am a tad hesitant to revisit the sordid world of Travis, Iris, Sport, et. al., having purged myself of the obsessive Taxi Driver virus some time ago. I'm probably going to spin on down to Borders this after-work and snag it--rueing the fact that I always trash those Borders email coupons for 30%-off deals that clutter up my in-box (that's what she said...). That's how they get you.

P.S.: I utterly despise the cover artwork on this DVD set (actually, on all the DVDs of this film) because it gives away what is supposed to be the jolt of seeing Travis with a Mohawk. Scorsese has repeatedly said that is the moment in the film when the audience is to finally sever its sympathetic ties with Travis, and for it to be featured on the cover of the DVD is an act of artistic larceny. What is so wrong with these original one-sheets? They are two of the greatest movie posters ever. 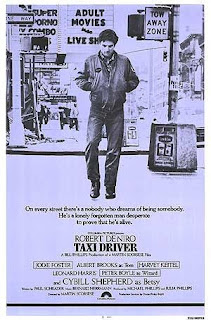 Since the death of Tom Snyder several weeks ago, I got to thinking again about "the irascible science fiction writer Harlan Ellison," who Snyder interviewed famously many times over the years. One of my most favoritest writers ever of all time, I was introduced to Ellison's writing when I was around 14 or 15, when I borrowed Strange Wine from the local library after reading about Harlan in Stephen King's Danse Macabre. And in those many years since, I've amassed nearly 30 copies of his books, most all of which are long out of print but can be found through diligence and patience scouring used bookstores. 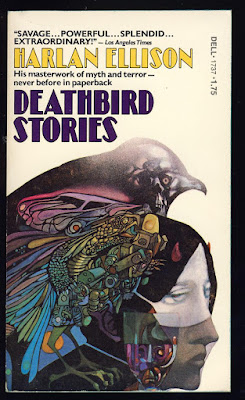 Deathbird Stories, a collection of his early ’70s works, is one I had not read in some time. It's essential Ellison. It contains some of his tightest, most controlled works: moody and enigmatic, laced with an existential dread while displaying an unnerving knack for an ugly, yet appropriate, climax, like a crack of the whip—or a snap in the neck. The collection is subtitled “A Pantheon of Modern Gods,” which is the height of irony—is there anything less modern than a god? That’s exactly the point: people are still desperate to worship, to prostate themselves before some imagined superior power or any strange artifact that can somehow impart meaning upon this random and unexplainable life. And Ellison, despite his compassion for such poor souls, spares none in these moral fables. 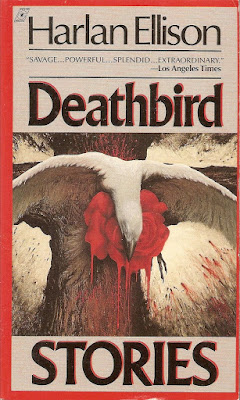 "I am a religious man," states the melancholic protagonist of "Corpse." "One would think that would count for something. Apparently it does not." Then there's the gut-wrenching "The Whimper of Whipped Dogs," in which Ellison recreates the chilling murder of Kitty Genovese as an act of sacrifice to a new and terrifying god. "The Deathbird," the final story, is an emotionally exhausting reimagining of the origin of evil—in the form of a multiple-choice final exam. 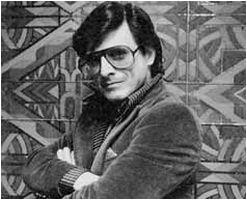 I can still remember the first time I read these stories, a hot summer in 1988 sitting in the stifling office of the gas station I worked at, filling my head with Ellison’s rants and ravings and obscure references that didn’t make me feel stupid or inferior—no, it was exciting, it made me feel like I had a lot to learn, and I had better get caught up fast. As he states in the intro, “As the God of Time so aptly put it, It’s later than you think.”
Posted by Will Errickson at 2:41 PM No comments: 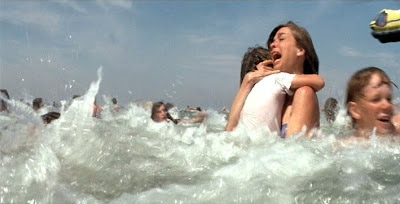 But of course you knew that.
Posted by Will Errickson at 2:32 PM 2 comments:

Letter to the Raleigh News & Observer

My letter to the News & Observer after reading this article by LA Times journalist William Lobdell.

"In his article 'Faith Found, and Lost,' journalist William Lobdell is being overly generous to those faithful who willfully deny reality. Faith is no gift, and for many people, losing faith is no dark night of the soul. If anything, the awakening of reason is more what Carl Sagan termed a candle in the dark. Mr. Lobdell should be thankful he can now see through the darkness of religion, faith, and spirituality, and concentrate on the positive aspects of living a life free of superstition, credulity and delusion. One need not defer to the supernatural for meaning or celebration. The fact that we are alive due to natural processes and not jealous, vengeful, petty deities (whose monstrous spokespeople prey on the innocent and the infirm) is truly the only 'miracle' worth celebrating."

So, if it gets printed, how soon before the burning crosses turn up on my lawn? Or, wait, that's the KKK--what do folks do to atheists? Throw burning copies of Origin of Species through your window?
Posted by Will Errickson at 2:24 PM 2 comments: