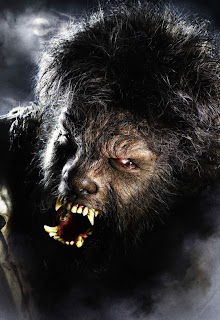 From Comic-Con, a bootleg trailer for 2009's remake of The Wolfman, directed by Joe Johnston. With esteemed actors Benicio Del Toro, Anthony Hopkins, and Emily Blunt in leading roles, I think we can expect good things--certainly as long as no one tries to pull of an English accent with as disastrous results as Keanu Reeves in Bram Stoker's Dracula. 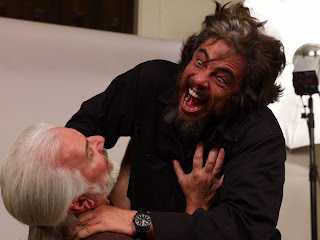 Some of my favorite horror flicks of the 2000s have been werewolf movies (Ginger Snaps and Dog Soldiers) but it's cool to see the filmmakers going back to the source, the 1941 movie with the immortal Lon Chaney Jr. as the doomed Lawrence Talbot and Claude Rains as his father. It doesn't bother me at all, another horror remake; this story is a mythology, reinvented for a new generation. And with Rick Baker along for that reinvention, you can count me in. 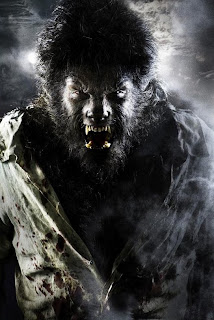 Posted by Will Errickson at 9:56 AM No comments: